I have already leaked some pictures on my new autoclave setup in the group and want to record the transformation here now.

There is a link to the video that inspired me: Myers Mushrooms PID pressure cooker

So, this is the old version of my autoclave - I can’t find any other pictures right now. You can see it has this knob to adjust the voltage but that didn’t work well since I never quite hit the right temperature and had no way to know the temperature but through the pressure. Furthermore, I wasn’t sure the pressure gauge was working properly. 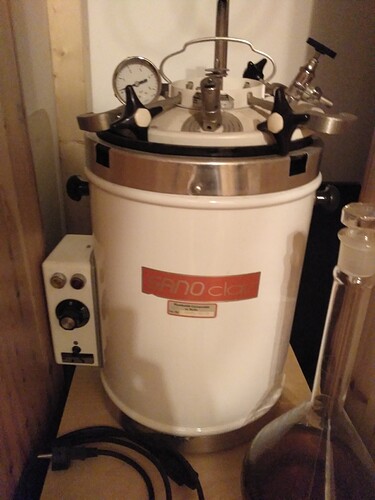 So I got a cheap PID controller which I wanted to integrate into the system. After some trial and error, I decided to mount it instead of the knob inside the little box on the side of the actual sterilization chamber. A temperature sensor (I think it’s type K), is fixed into a little depression in the lid that is meant for a thermometer by the manufacturer with silicone. 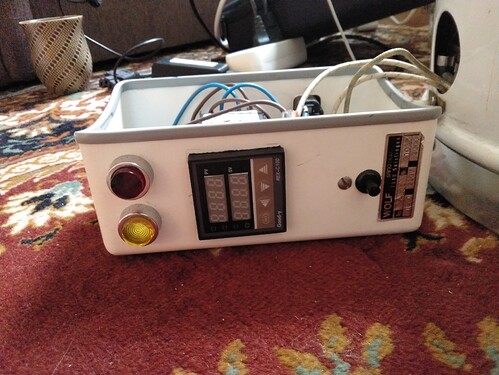 I kept the one lamp that’s still working to know if the system is currently heating or not (connected in parallel to the heating element which is just a resistance coiled once around the bottom of the metal vessel). The other I kept for style reasons although it’s not working anymore (I even had to cut it up to fit everything into the box). 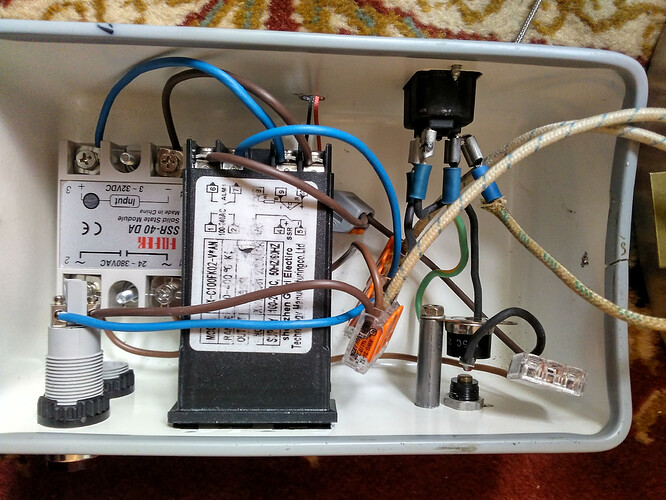 I believe I haven’t done this according to electrical assembly standards of Germany but it’s working well now and I’m planning to improve the savety of my design soon.

This is what it looks like right now, fully functional and very reliably working so far (did a few runs so far and I’m really happy with the result). 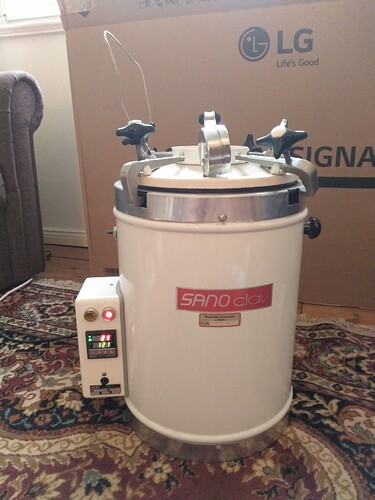 Problems that I encountered:

I hope you enjoyed the read and I hope I inspire some people here to do their own projects involving electronics!

Thanks Leo for your instructable

Thanks for sharing! Looks amazing

What purposes are you using it for?

Sterilizing substrates, tools and so on