Here’s one approach to making injection-port lids which I quite like:

The Tyvek in this case comes from USPS mailing sleeves. I’m not sure if it’s still the case, but you used to be able to get these for free at some USPS mail boxes. I have also found Tyvek locally in the form of reusable shopping bags.

Another approach is to cut a square of Tvyek roughly 1.5 - 2 times the diameter of the mouth of the jar. Fill the jar with grain / liquid culture, place the Tyvek square over the jar opening, then screw the lid on over the Tyvek. One hole has the injection port, the other is covered with a layer of micropore tape. When injecting LC into the jar, pierce the injection port and the Tyvek filter. 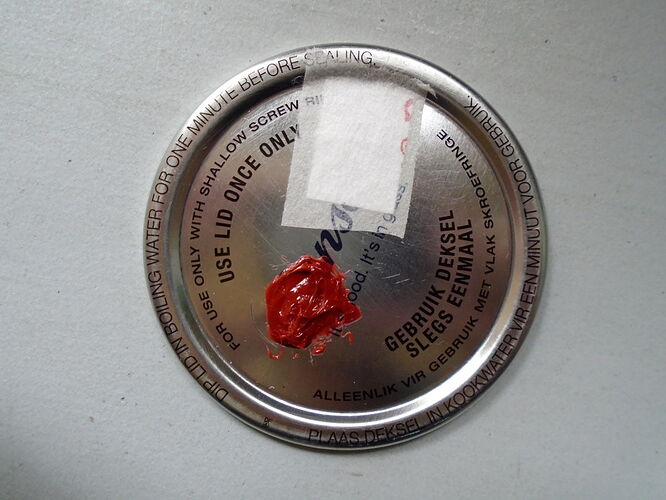 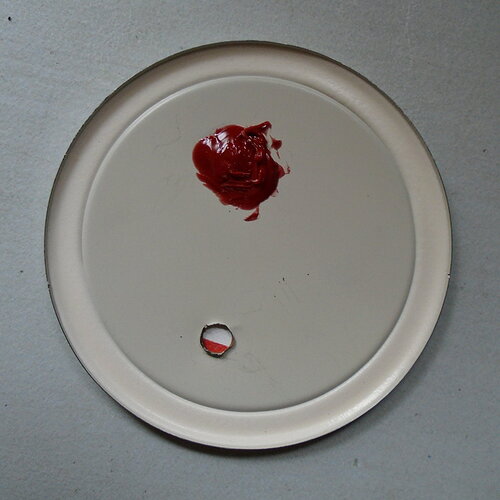 Bottom-view of the metal lid of a canning jar with a red blob of silicone and a small hole. Red and whote Tyvek is visible through the hole1200×1200 151 KB 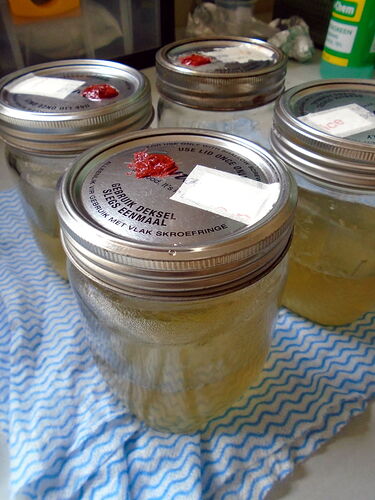 It’s nice to have a range of different techniques to employ when certain materials or resources aren’t available.

so originally I had been using silicon ports like you’ve done above,
but someone in biopunk kitchen telegram recommended these self-healing ports so I decided to try them.

when I tried putting them on the lids I had, I used an 8mm drill and some scissors, but couldn’t get the holes to be the exact right size for the ports, so the lids ended up being a tiny bit leaky around the edges of the port.

Soooo, then I went back over the edges of the ports with silicon, and they are no longer leaking.
Can’t say this is a recommended tek, but its working lol 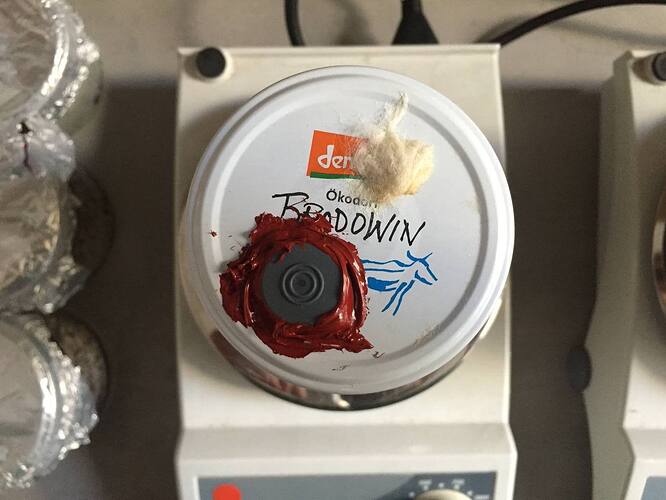 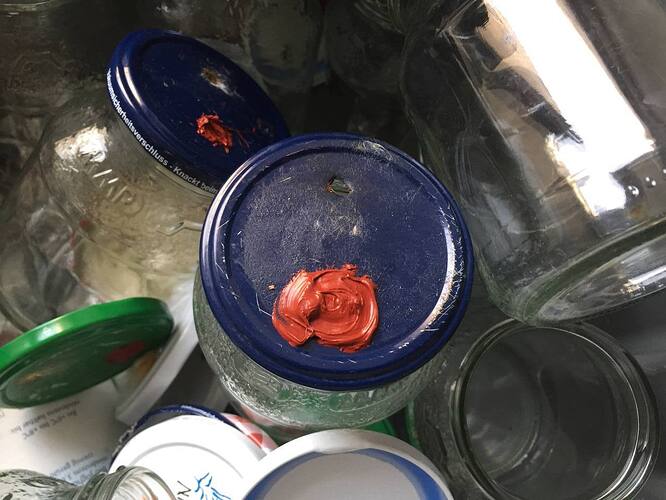 p.s. all of our jars are from the German pfand system and eventually I hope will be returned to the river of jars from whence they came

These are a small variety of lids; a mate and I made about a month ago. I personally prefer the 1st option due to cleanliness and ascetics, however it is the most expensive option.

The holes were around 0.5cm and 0.8cm for the port and filter respectively. (Used a normal hand drill)
We also sanded down the rough edges of the fresh drilled holes to get it smooth and fit to size.

These Consol jars come highly recommended. Hermetically seal and well spaced. The only down side is the rust that eventually eats away at them.