Hi! My name is Erin.

I came here from Scuttlebutt. I only started my mycelial journey fairly recently, this spring.

I’ve gotten one mushroom out of the Shiitake, did the reset process, and it got mold on it. I followed a few suggestions online (baking soda, hydrogen peroxide), before eventually just letting it dry out. I’ll soak it again in a few days. 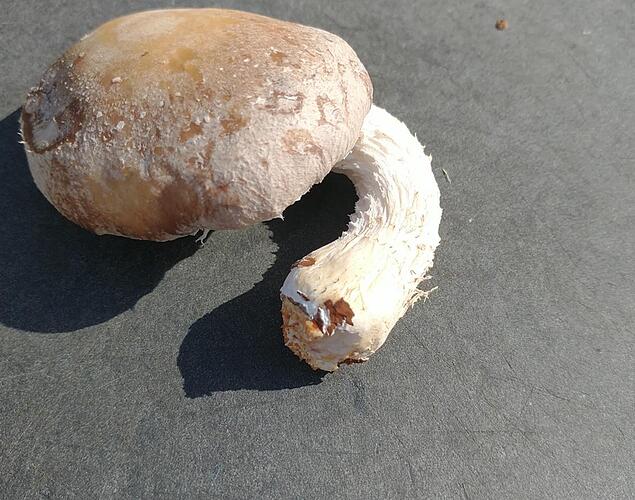 Got some Lion’s Mane growing out of the filter patch, which I’ve harvested a bit of already. No pinning on the Oyster block though. I’ve removed the humidity bag to give it some air though, hopefully that helps. 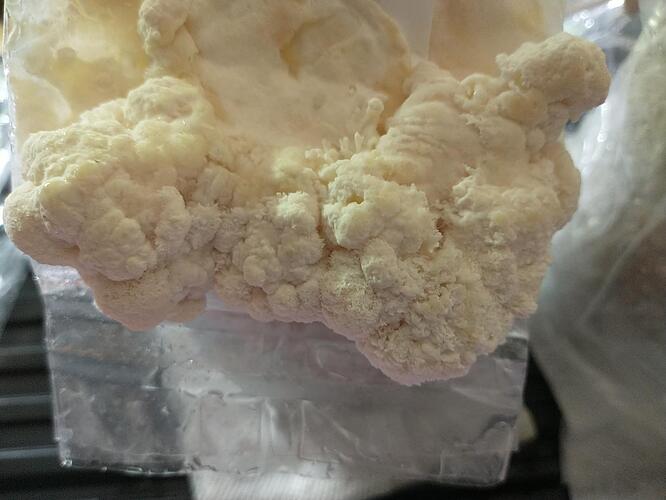 I’ve also started some Wine Caps in our garden using a mix of straw and wood chips. No idea how well they’ll do though, since I think I spread the spawn kind of thinly.

Also put some Turkey Tail plug spawn in some old logs. Not the best for it, but I’m waiting to find some better logs for some extra I’ve stored in the fridge.

Oh well, it’s all an experiment.

Some other fungi I want to try growing later are Cordyceps, Blue Oysters (heard you can grow them with Wine Caps

), Pink Oysters, and of course some Psylocibin ones

I’m interested in pretty much everything relating to mushrooms. Eating, medicinal purposes, myco remediation… although I don’t know a lot about them. I’m always wanting to learn more.

A really big project I’m looking towards is engineering fungi to produce hormones. That’s a far way off though.

Hi @TheSystem, welcome! Thanks for making this exciting introductory post. I’m also eager to hear if your Stropharia experiment ends up working out.

when you say use mushrooms to make hormones, do you mean hormones for gender transitioning (I love this idea), or other kinds of hormones (also interesting)? also know nothing about this but sounds cool

good luck with all the experiments, curious to see more

Yes, I’m mainly thinking about trans hormones. Might be uses for other ones too though I guess.

Also, in order to complete the hormone producing fungi project, I would most likely need a decent sized bio lab. Which I do not have.

Therefore, another goal of mine is to create a communally owned bio lab free for people to use. Alternatively, I might be able to use a university one? But I don’t know.