Sawdust bags and jars which are colonized but not full milky white?

sometimes when bags and jars I’ve made with a high percentage of sawdust, I’ve noticed that the mycelium doesn’t get as fully white as other bags.

I’m wondering, are these still fully colonized, and ready to fruit?

I was having a bit of trouble capturing a good photo of this.

But here is an example of a bag that is fully white: 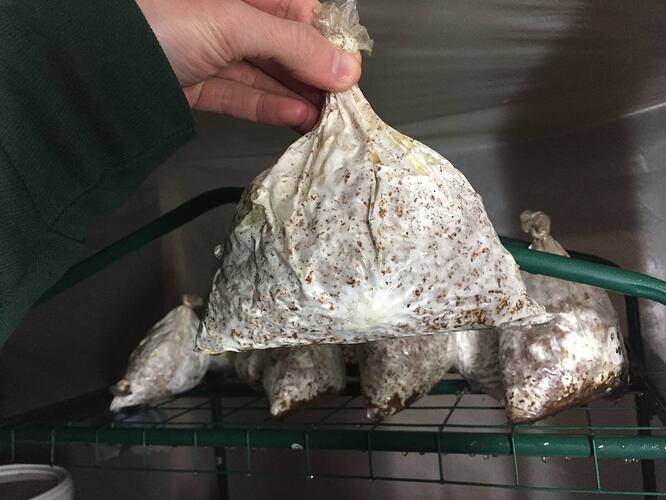 And here is an example of a bag where mycelium is all over the bag, but seemingly less dense/white: 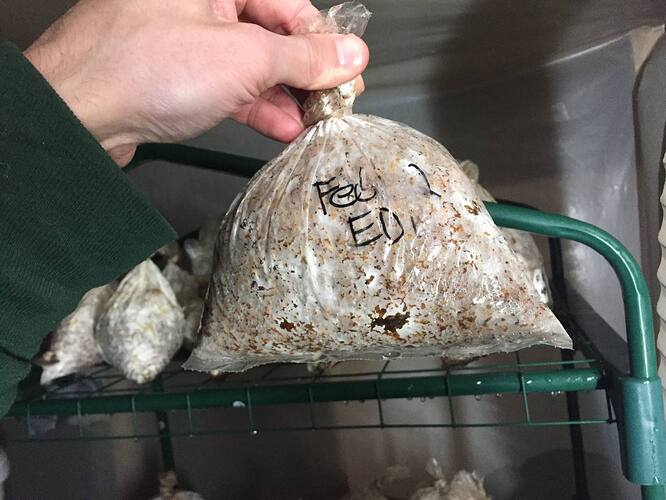 Also in the photos below, comparing a bag spawned with 50% sawdust and 50% coffee vs a bag with 90% sawdust and 10% coffee, the 50-50 bag appears much more white than than the 90-10 bag. But they were inoculated one day apart, so maybe this is just “as far as” I should expect the sawdust bag to go? 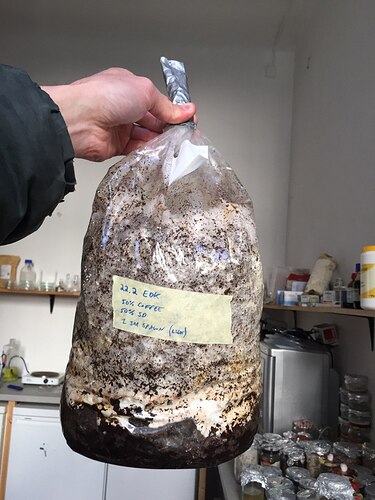 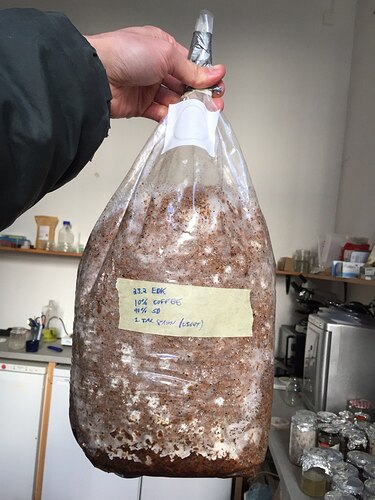 We also tried a few sawdust jars one time which seem to have stayed in this sort of “stalled out” state for a long time, which makes me wonder if there aren’t enough nutrients that the mycelium needs if eventually it just stops growing in the substrate and doesn’t become as dense as in a more nutrient rich substrate. have others also observed this?

I think this is just a product of nutrition, as you mention. The 50 / 50 mix has far more nitrogen than the 90 / 10 mix, and so you’re seeing much more dense mycelial growth.

Personally, I wouldn’t read too much into the different mycelial densities - at least not until you see the fruiting results.

I’m wondering, are these still fully colonized, and ready to fruit?

Yes, I would go ahead and fruit them. The small sawdust bag (second photo) honestly looks great to me. The bigger block in the last photo also looks good. If it weren’t for the unmyceliated bit at the bottom, I’d say it was perfect.

Could the “stalled out” state you mention possibly be due to moisture levels (as described in your other thread)?

Personally, I wouldn’t read too much into the different mycelial densities - at least not until you see the fruiting results.

cool thank you! this is the main thing I was wondering – if in general there was a strong correlation with mycelial density and fruiting / health. Will try fruiting these bags and see how it goes.

I just went and found one of the “stalled out” sawdust jars, and now that I’m looking at in comparison to these bags, I think its the same thing. I was expecting it to look like other grain jars I had made, but perhaps this is just what this oyster mycelium does with a mostly sawdust substrate. Below is an image of the sawdust jar, which is actually five months old (as I was waiting to see what would happen lol), so I don’t think patience is the missing factor with this one. 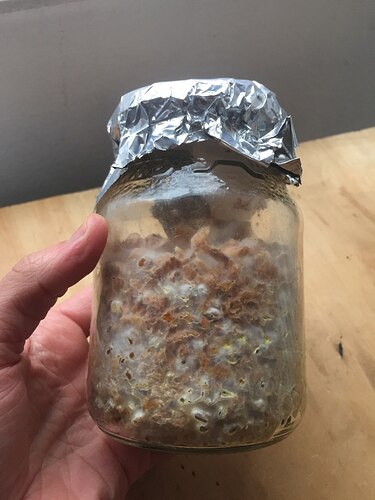