my partner is in the Brazilian rainforest atm and she found many incredible fungi species. It would be a great opportunity to enhance our strain collection in the community and to experiment with their properties. I did a drawing to illustrate different techniques to capture the spores - please let me know about your ideas on how to extract and preserve the genetics. Especially the round shaped are a challenge. 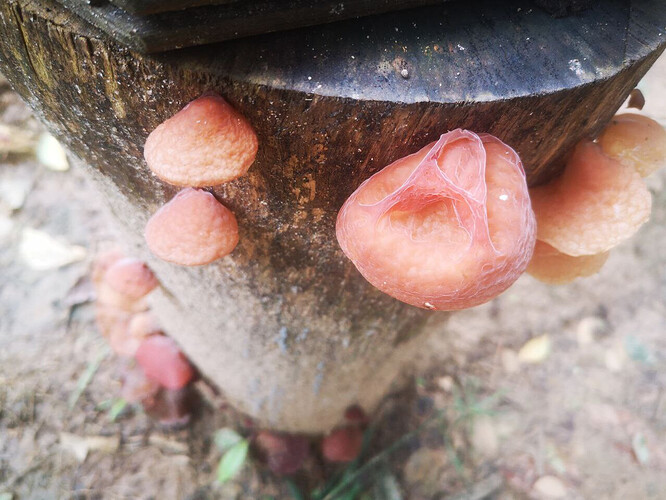 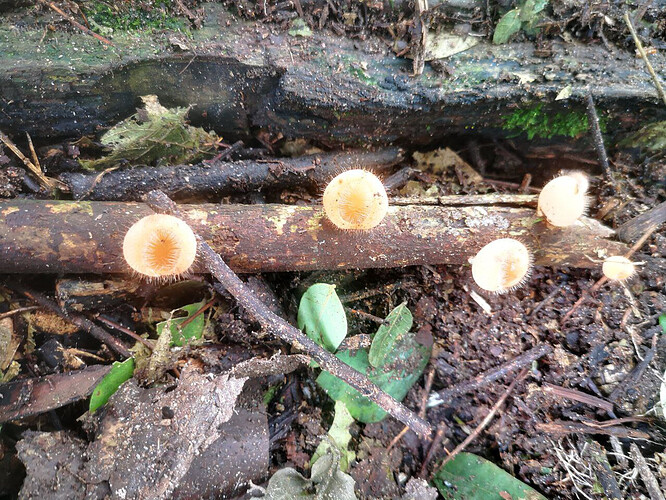 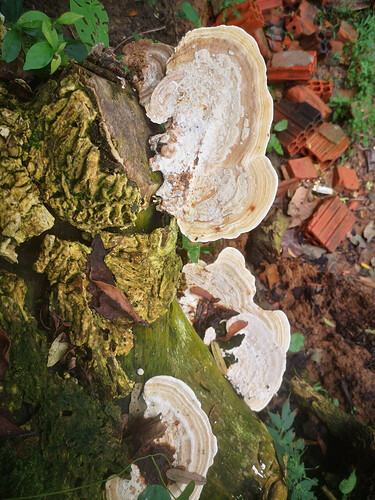 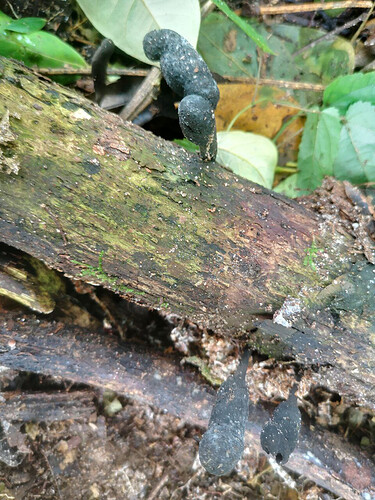 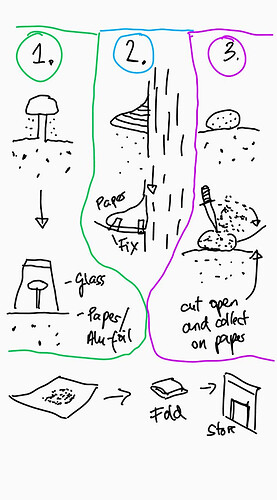 Maybe its even better to collect specimen and put sticky tape on it? Or collect them as a hole? I’m not sure wether thats legal or not? I’d love to also have a discussion about that!

That’s very interesting Malte! I thought about this problem lately, because I also miss some opportunities when I’m traveling for example.

I have not much experience with spore prints. I tried my luck sometimes and succeeded, but often failed to get them clean or to germinate them. I would love to hear more input and expertise about that topic!

But I thought of cloning, related to the distilled water tek:

I think of two parts in the procedure. The first one is in open conditions, not sterile (e.g. in the forest). The second step is cleaning it up at home in the lab (sterile).

IN THE FOREST (UNSTERILE)

If possible take quiet a big piece from the inner tissue, so you can later proceed it in the lab and maybe cut it again there. If the species is too small just take a clean part with vivid looking tissue.

AT THE LAB (STERILE)

Well, just my thought on that, which is for now just a theory :). Anyway good look with stacking up the strain collection, really exciting!

P.S.:
If the mushroom is unknown, I would document it with pictures as much as possible (habitat, close up, gills, cross-section)… Otherwise it might get really hard to ID later.

Excellent thoughts, thanks for sharing! So, well I guess she wont have the possibility to take sterile tissue samples - so I guess spores are our way to go. Especially to dont raise any problems at the border. I told her to take lots of pictures! Thats key to ID! The problem really is that we dont deal with uniform shapes. It’s difficult for beginners and also professionals to locate spores and to collect them without any contis. I’d love to prepare an excursion though with good equipment one day

I suppose there are so many treassures! I guess to take samples in a professional manner we need to design a transportable LAF and transplat tissue on site.

I agree with much of what @Wolli, though I would probably collect and dry specimens rather than taking tissue cultures and putting them in distilled water.

I’m sharing some resources here which came up while I thought about this topic:

The second link is focused more on lab preservation of entomopathogenic and soil fungi but I thought it was interesting enough to share here (certainly a technique which I wasn’t previously aware of).

Also to mention here that it’s (sometimes) possible to obtain a viable tissue culture from a dried specimen, so long as the temperatures has been kept relatively low (I would not want to go above 45 degrees Celcius). So, if you have dried specimens, you have the option of cultivating from spores (if they are mature and present in the specimen) and potentially also the option of tissue cultivation. I remember Peter McCoy mentioning this in Radical Mycology; rehydrating dried tissue and then growing it out on agar.

Here is a video that shows a great technique for transferring unsterile, dried tissue samples to agar. Start the video around the 50 minute mark. 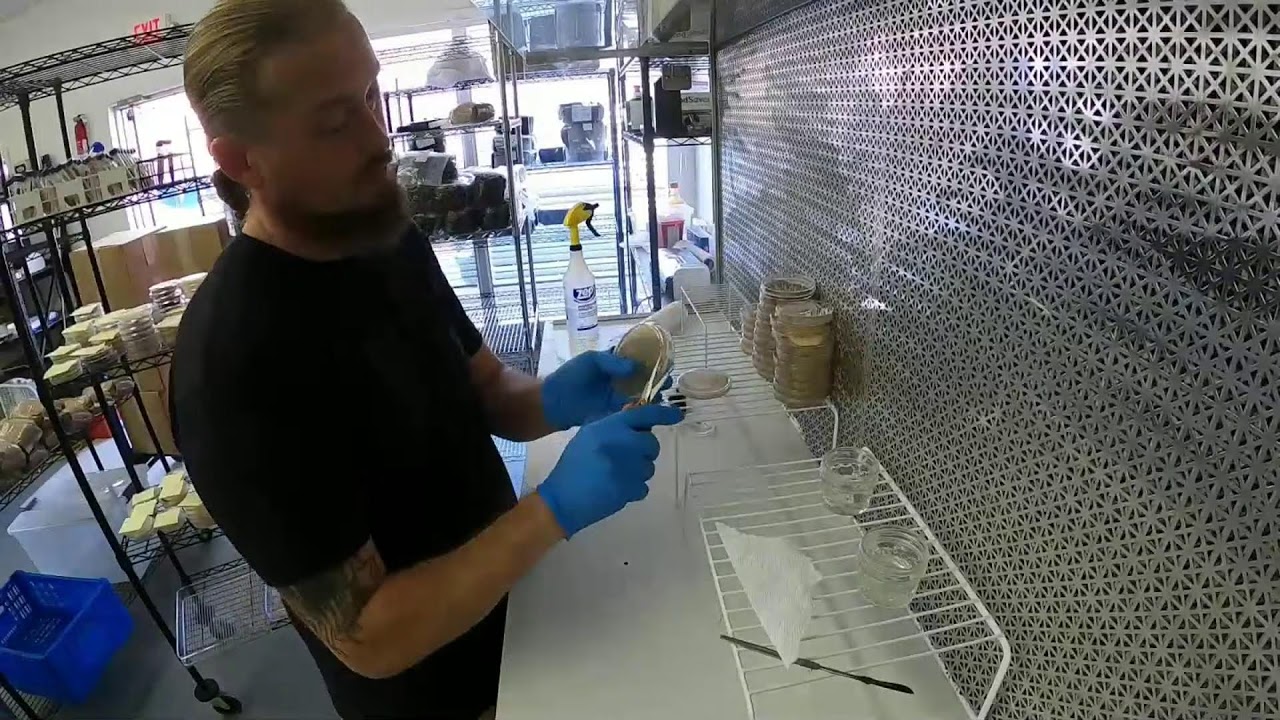 This would be the best way to preserve the exact genetics of the phenotype, and you might encounter legal issue with both tissues and spores.