This post is in part for my own records, a true lab notebook.

I’m excited to have received an oyster agar culture from @MalteLarsen from the Biopunk Kitchen culture library, by in person delivery

Eventually I also hope to compare how these strains fruit on our substrate in buckets and bags.

Following up from this post where I was a bit suspicious about how my Edeka liquid culture was doing. I was looking at the jars again today, and thinking maybe they are actually doing fine and just going slowly. 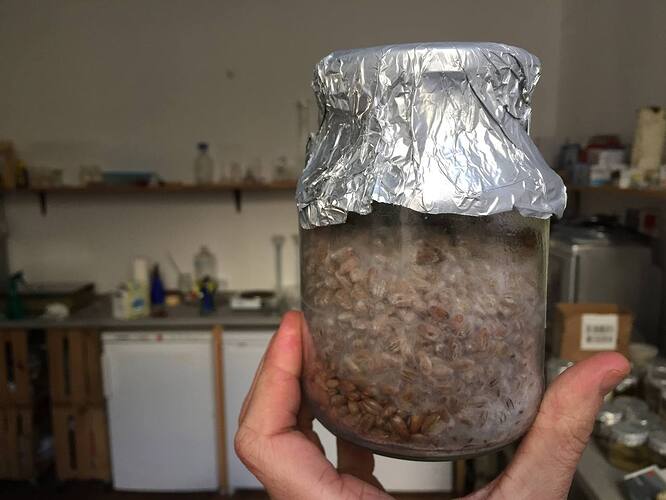 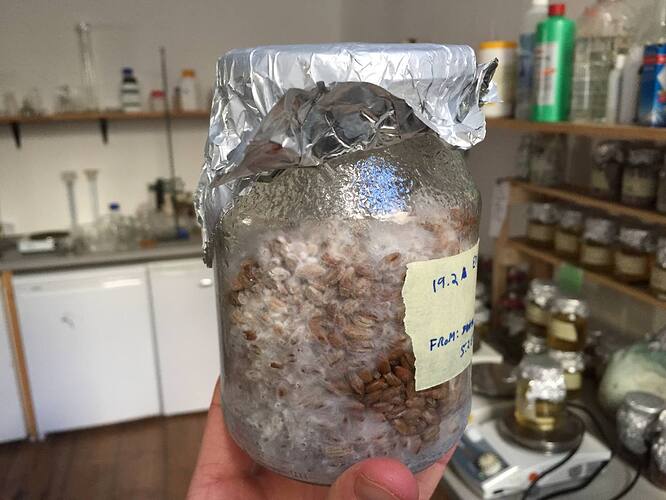 My agar tests of the LC look good: 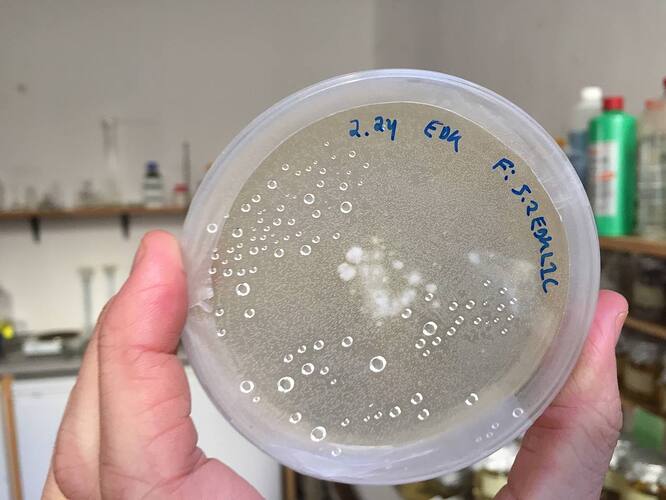 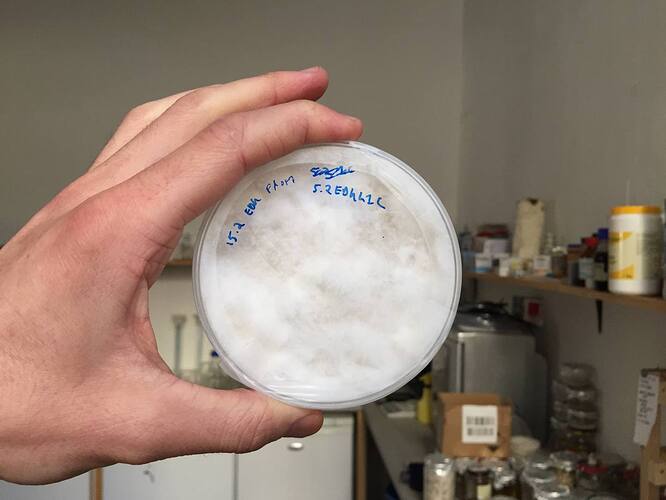 I also tried taking some Edeka agar and putting it directly into grain jars today. Will see after 15 days how these jars compare with the jars inoculated with LC.

And also looking forward to see the same tests with the BPK (biopunk kitchen) strain for comparison.

happy to report that the biopunk kitchen strain is growing really well, faster than either of the other strains I was working with. In the words of @landoo “its that stick-icky dank spawn” 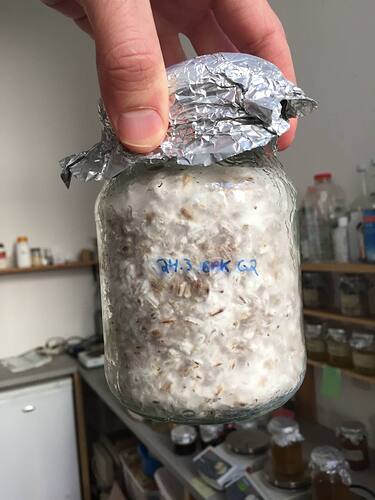 within the past month, I’ve successfully innoculated grain jars with agar and with LC, and then did a grain to grain transfer to ten jars from two jars, and then made some buckets and bags with the G2 spawn which are now colonizing (hopefully not contaminated, innoculated after pasteurization in open air) 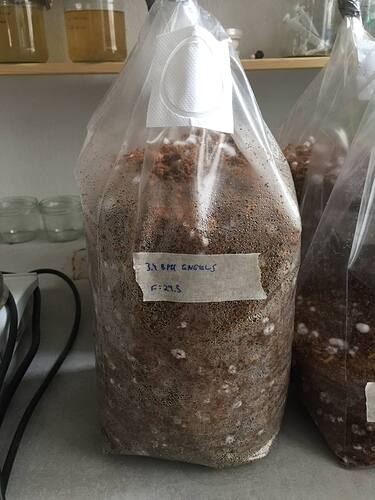