Hi! I had gotten a few mushroom tabletop fruiting blocks or whatever. But I’m having some problems with them.

The Shiitake one produced one (decent sized) mushroom, but then nothing else. I kept at it for a bit, but then decided to do the reset process for a second fruiting. However, after that it developed mold on it. I looked online, and tried some of the suggestions. First was to cover it in baking soda, which I did. The mold came back. Then I brushed it off and sprayed it with a hydrogen peroxide mix. That didn’t work either.

Eventually I contacted the place I got the block from, and they suggested letting it dry out for two weeks before re-soaking. I just recently did that. However, the mold came back yet again.

I really want to be able to salvage this block, but at this point I might just have to compost it.
I’m just going to brush it off and let it sit for now, and hope it still fruits. 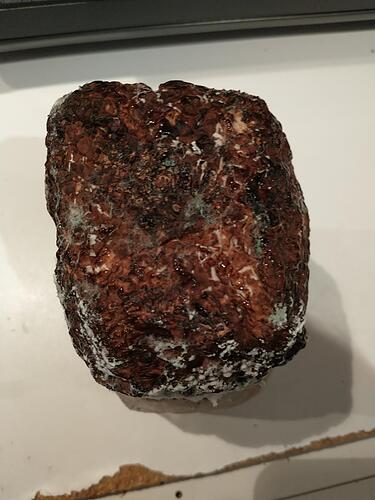 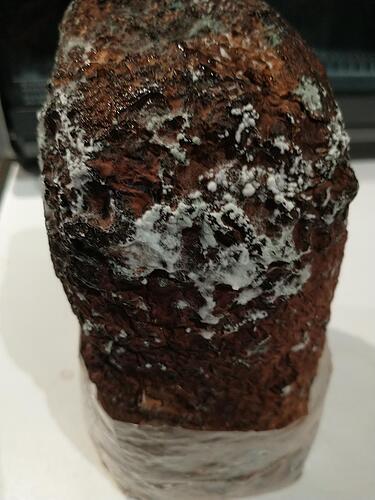 Does anyone have any suggestions?

Well, the mold is worse today. My only idea to salvage it would maybe be to cut out a piece of mycelium from the center, and try growing it out on agar?

I haven’t grown Shiitake before, but I can say whenever I’ve gotten mold, I’ve never been able to get away from it so far, by any means, other than re-isolation in agar.

By re-isolation in agar, I mean the technique where you put a piece of the mycelium in agar, and then every few days make a transfer from the edge to a new petri dish, until after a few transfers you feel pretty sure that any mold that may have been in the first petri dish, is no longer there anymore.

I’ve had a couple other times where I had semi-moldy or maybe-moldy cultures, and I tried to continue with them, but it always ended up being frustrating (more mold appearing later).

So now my thought is pretty much if I’m going to invest the energy to grow something, make sure I’m starting with a pure culture (not a maybe moldy culture), and if I have something that is maybe-moldy that I want to salvage, then do agar isolation to get a pure culture from it again before continuing.

I’ll see if I can find a link to a tek about agar isolation. Hope some of that is helpful!